In mid-September as I prepared for a 7 week trip to Australia and New Zealand, I realized my husband and I were going to be out of the country during the usual planning time for our family Christmas. Typically, we exchange names among the six of us - our two adult children and their spouses and my husband and me. Our two wonderful grandsons are not included in the exchange, so they make out well! My daughter-in-law usually does the draw, and mails us each a name in October. She has a friend check the name drawing to make sure none of us get our partner’s name. That way she doesn’t peek! I tell you, she’s so honest! This year, since we were going to be across the world in October and November, I decided to draw the names myself and mail them out in September.

I promptly wrote the six names on small slips of paper, shuffled and then matched them without looking. Too much bother for me to find someone to check the names, so I checked myself and decided to just not tell my family that I peeked. (I hadn’t figured out what I would tell them, if they asked.) The first draw had to be redone, and the second one too. I had to do a little shuffle with the names open to make it work. I wrote down a list of the matched names on a separate piece of paper, in case one got lost in the mail or someone forgot who they had. In the end, I actually had to look again at who I got, because I had forgotten whose name I actually ended up with.

As I finished up, addressed the envelopes and put each name inside its respective envelope, I realized I was the perfect person to do the Christmas draw! My impaired short-term memory would not allow me to remember so much detail - the matching of six family members’ names!

Who knew short-term memory issues could EVER be an asset?!!!

Wishing you and yours the happiest of holidays! ~Louise 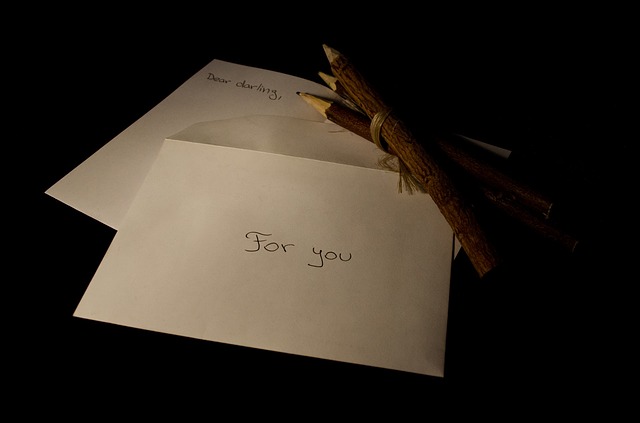